SOAKING IN THE SYNERGY OF SPIRIT

Bikram Yoga is hot yoga, where temperatures can soar to 105 Fahrenheit (40.5 Celsius) or higher.

I used to do Bikram Yoga about five years ago

but stopped for a number of reasons or excuses, whichever way you want to look at it: it’s too expensive; it requires me to go out of my way to travel there; it takes away from my daily weight-lifting/running routine; it requires me to get up too early – just to name a few.  But – being  the dutiful friend that I am, I agreed to go.

So I arrived as scheduled in the pouring rain at about 6:00 A.M. for Bikram kick-butt yoga.  My friend, however, never showed up.

Did I mention that the class is an hour and a half long?

Unfortunately, they lock the doors when it starts too.  So even if you come late, and kick and scrape the entrance and try to bare-knuckle brawl with the college student at the cash register, you won’t get into the studio.  You can’t get in, and you can’t get out.

For one thing, they require you to leave your shoes at the door.  So you’re barefoot and $25 poorer, wearing very little clothing, facing a yoga instructor whose mission it is to introduce you to that point of least resistance and maximum endurance.  There’s no escape.

Patañjali, who supposedly lived in 1st century B.C., defined the purpose of yoga as knowledge of the true “Self” (God) and outlined eight branches or limbs for direct experience of “Self” through a practice known as ashtanga yoga: yama (universal ethics – i.e., non-violence in thought, word and deed); niyama (individual ethics – i.e., cleanliness of body and mind); asana (rules and postures to keep it disease-free and for preserving vital energy); pranayama (breath control); pratyahara (control of the senses); dharana (concentration), dyana (meditation), and samadhi (bliss).  Each limb is connected with the whole so that when one of the eight limbs of yoga is pulled, the others will naturally come. They are not stages to be achieved in succession but branches of a whole tree, which is good for us Westerners because we are often pulled into the asana or physical posture branch first. 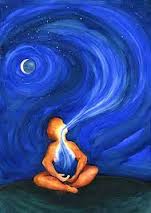 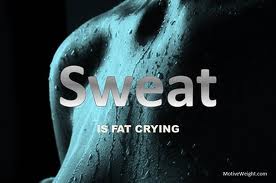 So even though I had not planned to be at Bikram, I knew that I was meant to be there, and my friend had given me a tremendous blessing.  As a result, I did hot yoga four times that week and several times this week.  I am on the road to a new relationship with a yoga that I always loved, and I feel stronger and more flexible than ever.  My choice is Prana Power Yoga on Smith Street in Brooklyn where the flow of yoga moves with the Spirit and the toxins release themselves with the purity of surrender.

Last Wednesday, some other friends invited me to yoga, and only I showed up – grateful to soak in the synergy of Spirit.  Was I angry with them?  No.  Putting you on the right course is what friends are for.