PROSPERITY PART 6 – The Law of Operation

When we know how God operates, we know that the universe always operates to bless us.

We know that the universe is operating to our advantage.  We claim the good that is enlarging our territory, and gathering our miracles, and giving us grace when we are

We see God operating as favor when we look at Hannah.

Not only was Hannah barren, but she was married to a man who had a fertile wife, and she tried to make Hannah’s life a living hell.  Have you been in that predicament – when you’re trying to manifest your good, but somebody else keeps trying to block it?

When you know how God operates, you know that no one and nothing can keep your good from you.

Hannah means grace.  She stands for the transformative power of God in operation – regardless of our past, present or future.

The Bible says that Hannah was bitter and she wept.  You see, at first, she wasn’t aware of how God operates.  But then, Hannah had an epiphany, an

ah-hah moment.  She realized that she had to stop giving her energy to what she couldn’t do and focus on what God could.

Sometimes we don’t know the way; we don’t have the resources; we lack the power in the flesh.  We can dwell on lack and attract more lack or dwell on what we do have, which is the unlimited power of God.

When Hannah realized the power of God in operation, she was no longer barren. She conceived and bore a son.

The Bible says that she called him Samuel, saying, “Because I have asked for him from the Lord” (1 Samuel 1:20) — because I have shifted my focus from the negative and relied on God’s graceful operation of endless good and inexhaustible supply.  She flipped the script.  She turned the switch.  She welcomed the inexhaustible supply of the universe, which blesses us without limit.

Hannah received a son in the flesh but something more in consciousness.  She was no longer worried about the material world because she knew understood God’s divine operation.

And you know what happened? 1 Samuel 2:21 says:  “And the Lord visited Hannah, so that she conceived and bore three sons and two daughters. Meanwhile the child 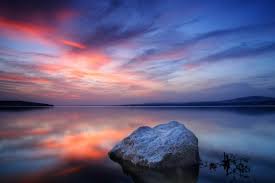 Samuel grew before the Lord.”

God’s infinite channels will operate to bless you while you are in the midst of transformation.  You will grow stronger in Spirit and witness the fruit of your faith multiply.

When Hannah stopped giving her thoughts and energy to the flesh – to what was around her in the world – and turned instead to the operation of God’s love, that’s what she received.

We see God operating as favor when we look at Ruth.

Naomi, Ruth’s mother-in-law, lost both her sons during a time of great famine – and she told her daughter-in-laws that they could go back to their families because she had nothing to offer them.  One daughter-in-law returned, but Ruth – love – stayed.

Naomi represents the soul.  When the soul has love, it has everything that it needs.  Love will attract what we need when we need it.

When I was a kid, I always thought that if I was given three wishes, the first would be for unlimited wishes – and that’s what love is: unlimited source, inexhaustible supply, God operating to bless us.

We can turn the switch on with belief, but the only way to keep benefiting from belief is through love: God in operation.

The operation of God led Ruth to work for Boaz, who ended up being Naomi’s wealthy relative, and when he discovered what Ruth was doing for Naomi, he took care of them.  He fed her and she had enough food to share with Naomi and he told his men not to bother her but to help her in the fields.

Look at God in operation:  this is a time of great famine but Naomi and Ruth – the soul empowered by love – is fed.  Boaz means quickness of action; empowered by thought.  When regenerative energy is united with love, only good takes place.

Naomi, the soul, tells Ruth – love – to uncover Boaz’s – regenerative energy’s feet and lay at the foot of Boaz’s bed.  This wasn’t about sex, it was to evoke the protection of marriage.

Boaz was an old man and Ruth could have had any one of the younger men, but love gives without condition in order to manifest absolute good for the soul.

And guess what was manifested?  Ruth and Boaz give birth to Obed, who is counted – not as her own – but as Naomi’s son.  Obed gives birth to Jesse, whose name means Jah, I AM, and Jesse is the grandfather of King David.  If you read Matthew, it will say that Joseph descended from the line of David – the husband of Mary, of whom was born Jesus (Mt 1:16), and if you read Luke, Mary is the descendant of David from whom Jesus was born (Luke 1:32-35).   Either the way Ruth’s  – Love’s — union with Boaz ultimately produced the consciousness of Christ.

God does not only operate to bless one person, but generations to come.

We are not just here to get stuff and feel good, we are here to transform humanity – that is the divine operation of God.

We see God operating as favor when we look at Mary.

Mary taught us that we are all part of God’s divine operation.  We all are here to give birth to the consciousness of God.  In Luke 1:30, an angel came to Mary and explained how God operates.  The angel said, Then the angel said to her, “Do not be afraid, Mary, for you have found favor with God.”  There is no reason to fear as thousands may fall before us, but when we are in the grace of God’s protection and peace, no harm will come nigh us.

Nothing is more prosperous than to know that our needs are met with the best outcome.  We receive the job that is best for us.  We meet the people we need to meet.  We center in the flow of good that lifts us in God’s miracle-making operation of abundance.  We attract nothing but the generosity, compassion and joy of the universe – because we are God in operation.