WE ARE THE PURE POWER OF UNLIMITED POSSIBILITIES, INFINITE MIRACLES AND ENDLESS DREAMS

In this April 3, 1968 file photo, Dr. Martin Luther King Jr. makes his last public appearance at the Mason Temple in Memphis, Tenn. The civil rights leader was standing on the balcony of the Lorraine Motel when he was killed by a rifle bullet on April 4, 1968. James Earl Ray pleaded guilty to the killing and was sentenced to 99 years in prison. He died in prison in 1998. (AP Photo/Charles Kelly, File)

I am the beginning and the end and all in between,
the alpha and the omega
and the breath of life recreating as Spirit
moving in all directions at once.

My name is everywhere, everything and everyone.
I have no restrictions,
no boundaries,
no walls, no apprehension,
no fear, no pain,
no hatred. 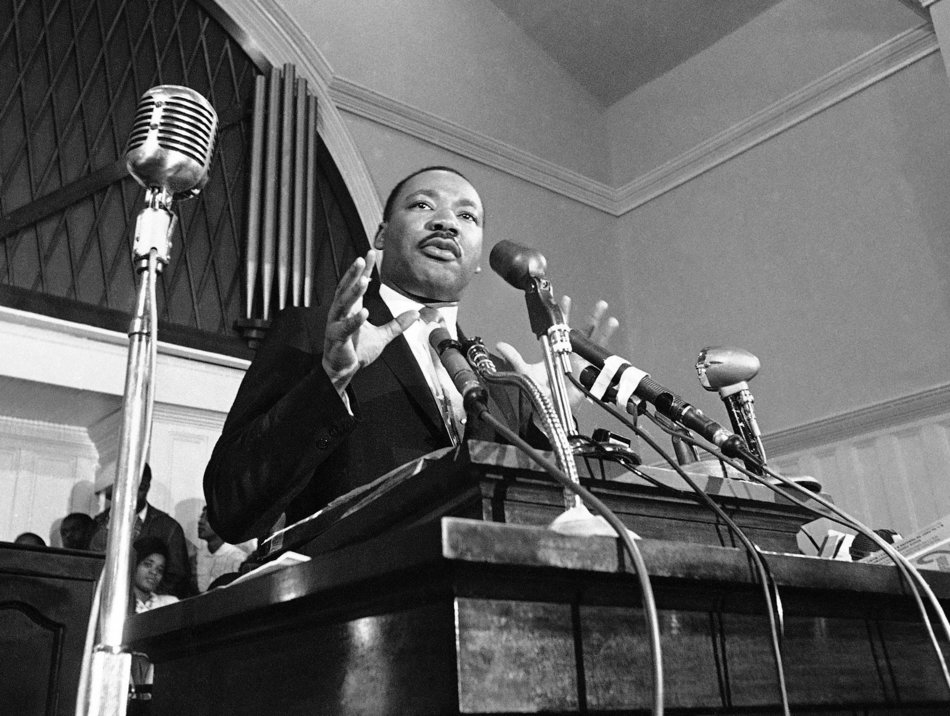 In this 1960 file photo, Martin Luther King Jr. speaks in Atlanta. A 1960 recording of an interview with King never before heard in public is up for sale. The tape was recorded by a Chattanooga man hoping to write a book and captures King talking about his trip to Africa, and his certainty that the child he and Coretta Scott King were expecting would be a boy. (AP File Photo)

I surpass the unsurpassable.
I outwit the miracle.
I defy the odds.
I move beyond the unimaginable.

I am stronger than prayers or answers,
more significant than time or age,
more magnanimous than victory or defeat.

In this Aug. 28, 1963, black-and-white file photo Dr. Martin Luther King Jr. addresses marchers during his “I Have a Dream” speech at the Lincoln Memorial in Washington. Former South African president Nelson Mandela never met with King but the two fought for the same issues at the same time on two different continents. Mandela said in a 1964 speech that he was prepared to die to see his dream of a society where blacks and whites were equal become reality. King was killed by an assassin’s bullet while working for that same dream.(AP Photo/File)

I am greater than status and education and job and society.
I am the involution and the evolution of God’s incredible energy and amazing likeness.
Whoever I was yesterday has already evolved into new seasons and everlasting triumph.
Infinite possibilities, infinite potential and inexhaustible supply speaks me,
breaths me, resonates as me – so I know.

I am manna.  I am living water.
The way, the truth and the light are the inexplicable expression of Spirit being me.

Copyrighted by Cecilia B. Loving 2017